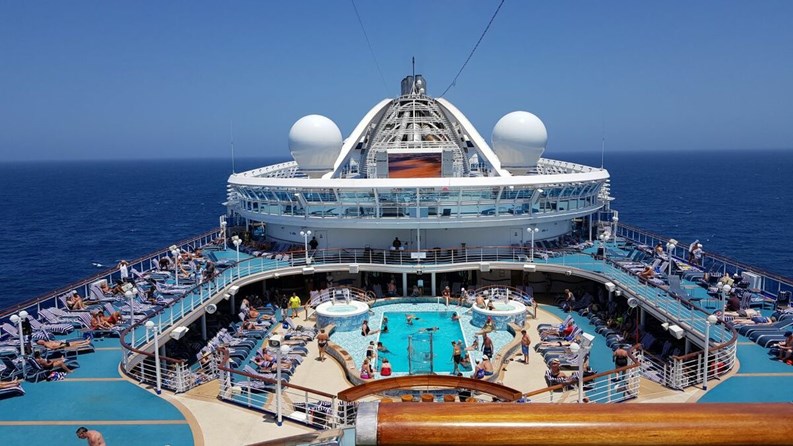 Intellian Technologies solution engineering director Bladimiros Stavropoulos said “Together, the two corporations, having a very similar mindset, collaborated to create a state-of-the-art communications technology solution capable of addressing the high and ever-increasing bandwidth demands of data-hungry market sectors such as the cruise market.

“Supplying extremely dependable, high-quality connectivity even in the remotest areas, is combined with the necessity to accommodate multiple onboard internet users – passengers and crew alike – thousands of whom might be online at once.”

He said a significant consideration was to ensure such a sophisticated and capable antenna system would constitute a cost-effective long-term investment. Mr Stavropoulos commented that worldwide cruise companies budgeting for new communications technologies need systems that will be extremely flexible and future-proof, ready to connect to new satellite constellations as they come online.

After five years of development and extensive fleet testing, the joint venture between Intellian and Carnival launched the 2.4-m v240MT; the world’s first tri-band, multi-orbit antenna system. Capable of operating proficiently on the C-, Ku- and Ka-band frequency ranges, the v240MT system will track GEO, MEO and LEO satellites.

A significant element of the innovative v240MT is the system’s intelligent mediator (IM), which governs the auto-switching between multiple antennas, frequency bands, networks and constellations. As a vendor-agnostic, multi-orbit solution, the v240MT system can connect to any global service, while its multi-band capabilities mean the system can automatically shift between bands in an unprecedented time of less than 40 seconds.

Identical onboard dual data centres positioned in separate areas facilitate an immediate backup or fail over, while integrating multiple antennas within a single system eliminates the effects of blockage by a vessel’s superstructure. This will be a particularly significant factor when MEO and LEO satellite constellations come online, which may require two, three or four antennas to behave as one.

When these new services go live, Carnival aims to provide 1 to 2Gb of capacity per vessel, setting itself a benchmark figure of 7,000 uploaded pictures per vessel per day to assist passenger interactions with social media sites such as Instagram and Facebook.

Mr Stavropoulos says “The level of detail and product consideration in all respects is impressive. Starting with the installation, the v240MT is delivered pre-assembled in three crates containing the main components – pedestal, reflector and dome – and can be assembled in less than a day as opposed to the two to three days normally required to install other 2.4-m systems, typically reducing costs by 65%.”

Further in-service cost reductions can be made by using the system’s inbuilt spectrum analyser, which facilitates automated diagnostics and remote support from onshore engineers, via Intellian’s Aptus web interface.

The first Carnival cruise liner to be equipped with the v240MT was Regal Princess in November 2017 and the system has since been rolled out across the entire Carnival Cruise Line and Holland America Line fleets.

A significant surge in demand for Ka-band capacity in the Caribbean has brought the number of v240MT units in use by the Carnival group to approximately 200.