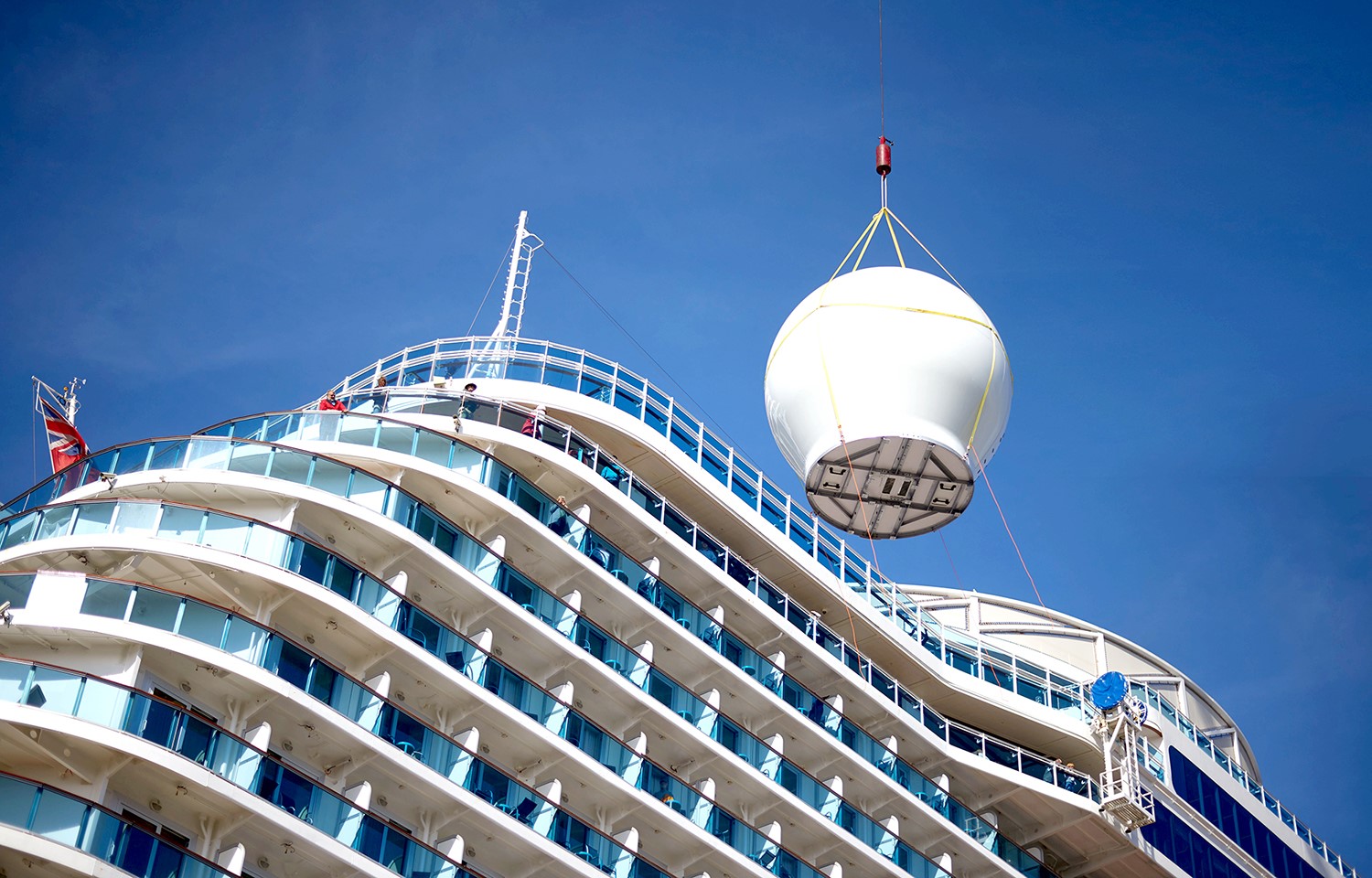 Seafarers have come to expect always-on internet services, on par with the ones used on land, as a matter of course. Allied to this is the expectation that the satellite technology cruise companies invest in will prove to be as cost-effective as it is efficient and will not be rendered obsolete overnight. Ticking all of these boxes can be asking too much across an extensive fleet, traversing far-flung areas of the globe, with multiple onboard internet users at any one time.

Unlike other larger vessels, such as oil tankers and container ships, operating all around the globe with only a couple of dozen employees on board, cruise vessels carry thousands of people on board including guests and crew. As the demand for the internet grows more with most land facilities providing Wi-Fi while transportation like aircraft and trains now also providing internet connections, consumer's expectation of constant mobile access is now the new norm.

With cruise navigation routes encompassing all the oceans, the need for technology to allow frequency band switching and tracking, locking onto the next available satellite to receive and transmit enough data to satisfy the ever data-hungry guests is as critical as operational communication to navigate vessels for a safe and stable voyage.

Addressing this conundrum led to a collaboration between the international cruise line Carnival and Intellian, the market-leading provider of stabilized satellite antenna systems. The upshot of this joint development was the creation of the unique 2.4m v240MT antenna system.

After an extensive period of joint development and testing, the v240MT systems were ready for installation. Blad Stavropoulos, a Senior Manager for Global Connectivity and System Engineering, Carnival Cruise Line, recalls, “The first of our ships to be equipped was the Regal Princess, from there, we installed more antennas across the Carnival Cruise Line and Holland America fleets, working hard to enable features which constantly increase the system’s performance, resiliency, and reliability.” 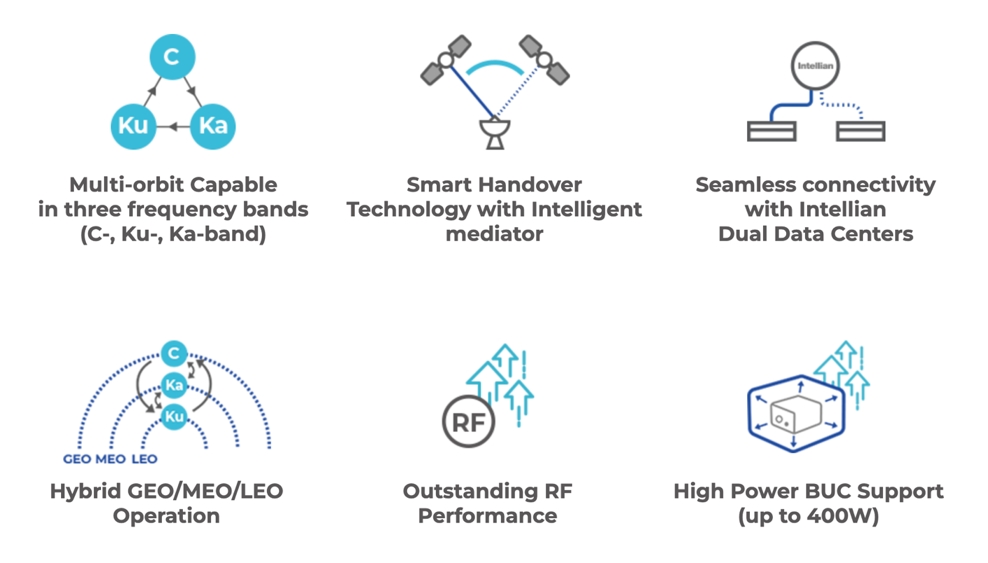 Any discussion of installation begs the question of how much time and money is spent on actually fitting the system. “Installing the v240MT is extremely easy,” Stavropoulos confirms. “It comes pre-assembled in three crates, and you just have to put three major pieces together, the pedestal, reflector, and dome. My team can install the v240MT in a day-and-a-half. We have seen a 65% saving on additional costs, just because of the way the v240MT gets assembled.”

This reduction in installation time and expenditure was matched with simplified maintenance due to the fault-finding and remote support capabilities of the system’s inbuilt Spectrum Analyzer. Remote access and automated diagnostics are enabled by Intellian’s Aptus web interface; enabling onshore engineers to access their antennas through the onboard network.

The core of the v240MT system is the Intelligent Mediator which controls automatic switching between multiple antennas, networks, constellations, and frequency bands.

“The multi-orbit capabilities which make the antennas vendor-agnostic have created a system that can connect to any service provider in any global region,” Stavropoulos enthuses regarding the Intelligent Mediator. Stavropoulos goes on to say, “Meanwhile, we use the multi-band approach for transitions between, for example, the North American region to Europe. Having a phenomenal satellite reacquire performance, the system goes from one band to the other in less than 40 seconds.”

Stavropoulos continues to praise the Intelligent Mediator’s capacity to support identical onboard Dual Data Centers. “On our vessels with three or more antennas, the Intelligent Mediator becomes a key player. Having data centers in two independent areas of a ship allows us to have a backup plan and also enables us to marry multiple antennas to a single system. On our ships with four antennas, we do that to create a blockage mitigation scenario; if one antenna is blocked by any part of the ship’s superstructure, another one isn’t, so there’s a seamless transition between the two."

“That will be important when working with MEO constellations. With MEO, you utilize three antennas to behave as a single one. We are preparing our vessels to ingest MEO and LEO satellites in 2022 when the first one becomes available,” Stavropoulos states.

When MEO and LEO services go live, Carnival aims to provide 1 to 2GB of capacity per vessel; a considerable boon when between 1,500 to 1,800 people can be active online at any one time on a cruise liner containing an average of 5,000 passengers/crew. 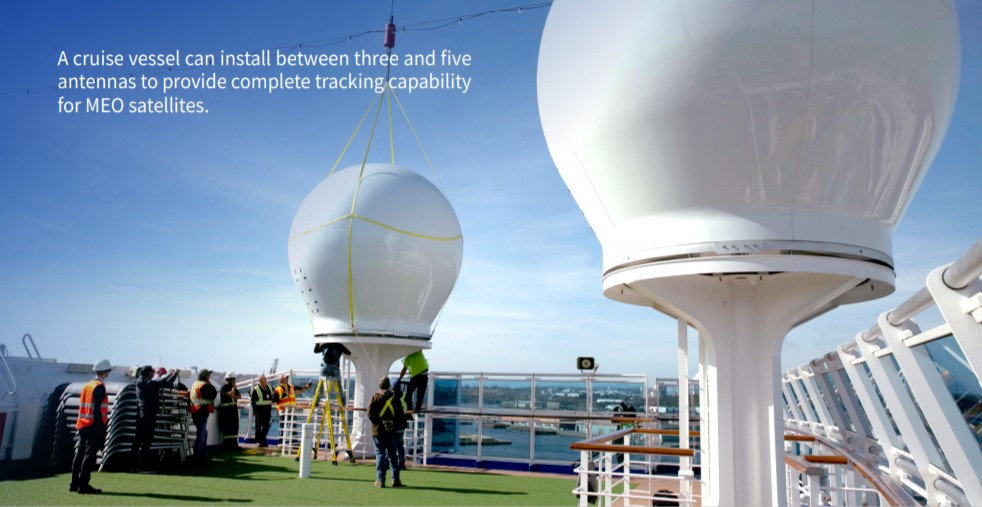 The future-proof v240MT is equipped to set a high bar in maritime satellite communications, not merely for the cruise sector but also for other high-volume data users including offshore and seismic survey vessels. Its ground-breaking ability to operate across three orbits and three bands won the system Via Satellite’s inaugural Satellite Technology of the Year Award in 2018.

“Even when sailing in the middle of the ocean, we can - and should - expect to experience the same levels of connectivity we enjoy on land. Carnival sets the gold standard for passengers. It’s a welcome confirmation that our partnership with Intellian has produced such a technological yardstick,” Stavropoulos concludes, “and indicates that the only way to keep our passengers and crew content and safe in an ever-evolving market is to keep looking ahead, driving improvements and refining the definitions of what constitutes the first-rate service.”